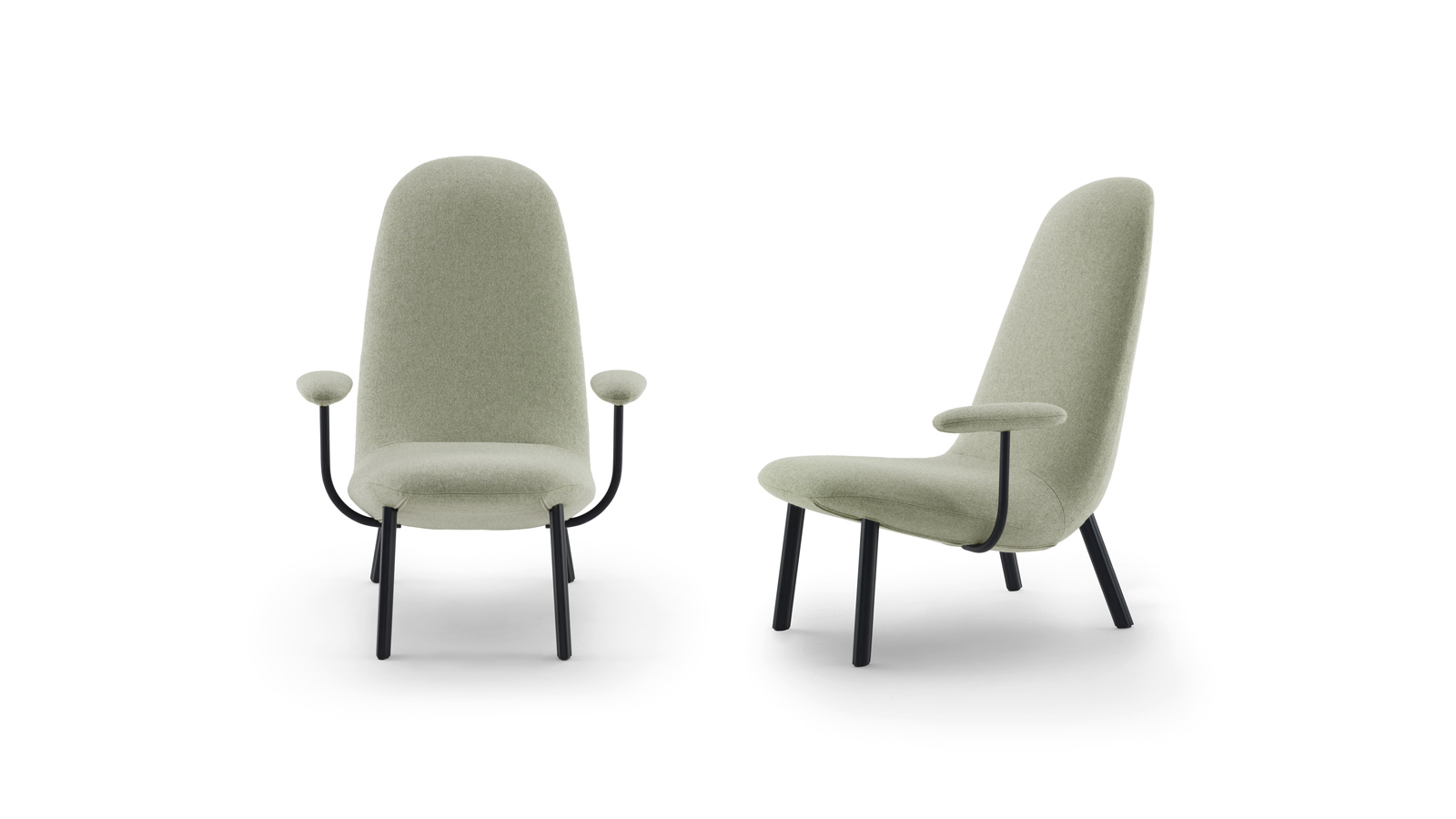 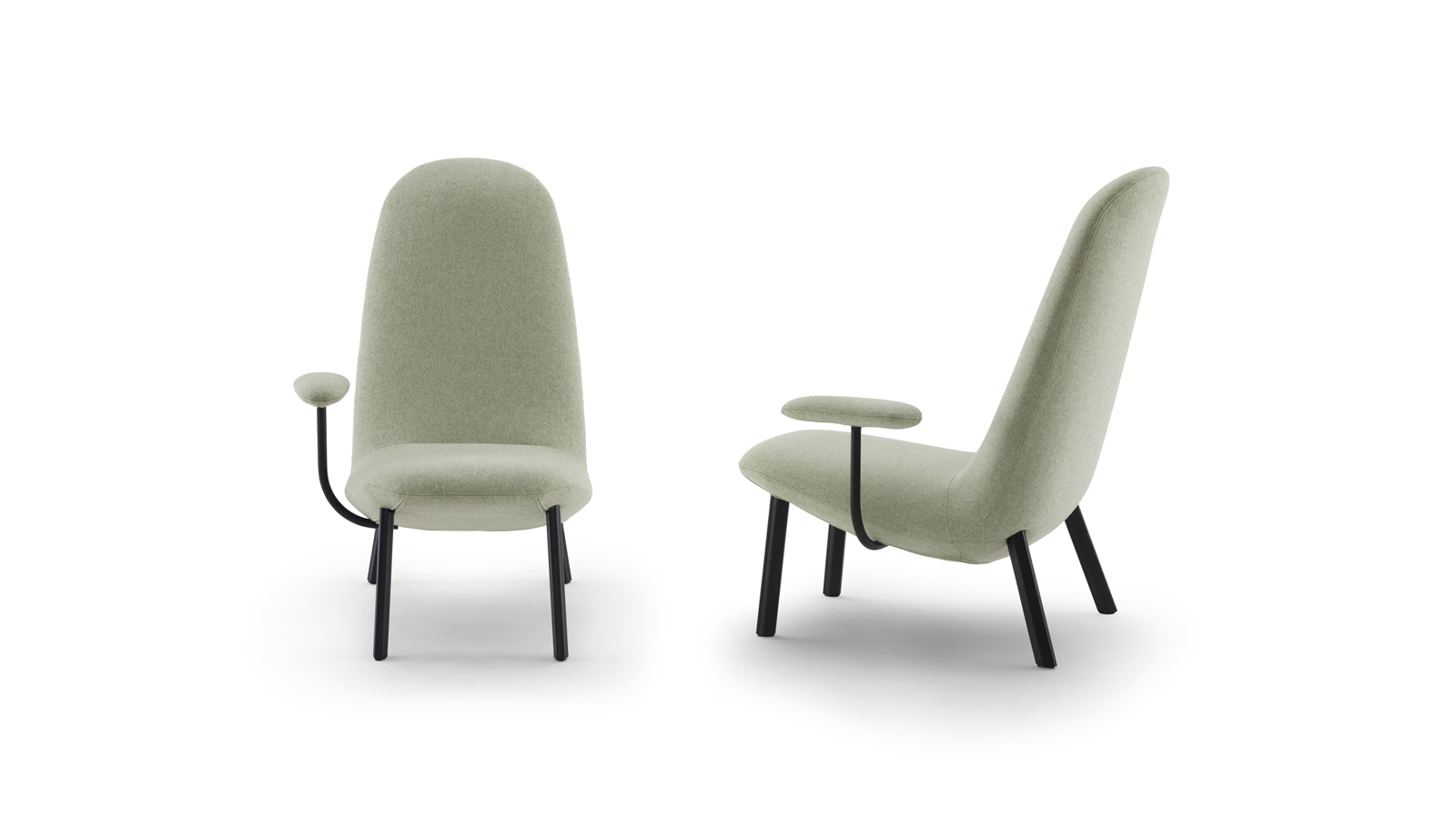 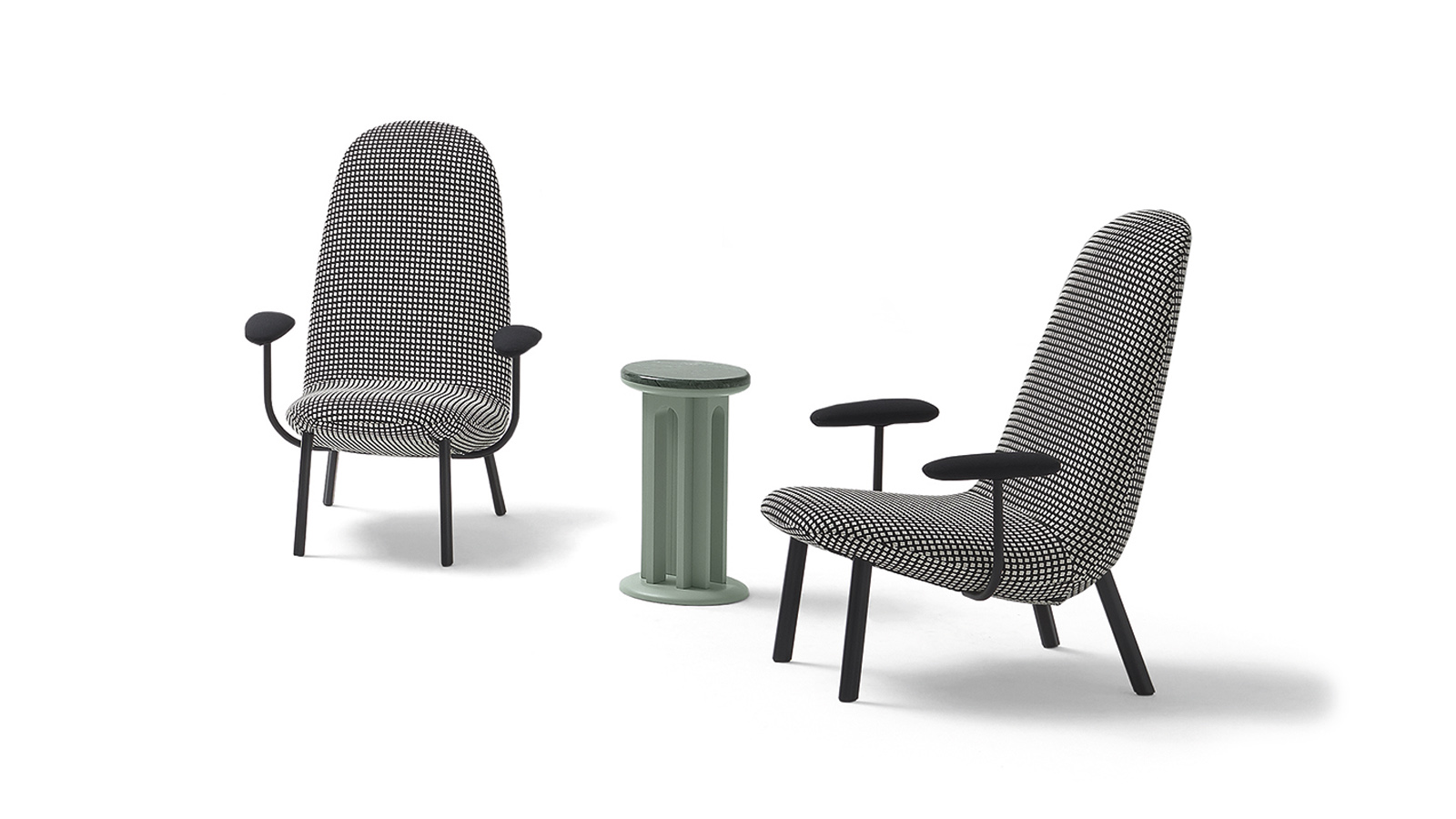 The special form is inspired by a leaf falling from a tree, that becomes a symbol of comfort. It invites you to take a rest and relax. 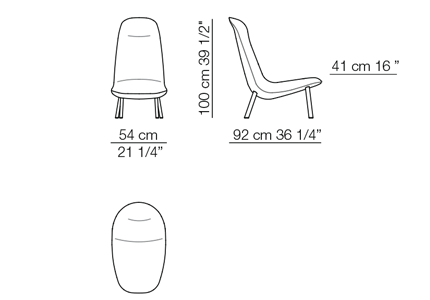 Armchair 64 with 1 armrest (right or left) 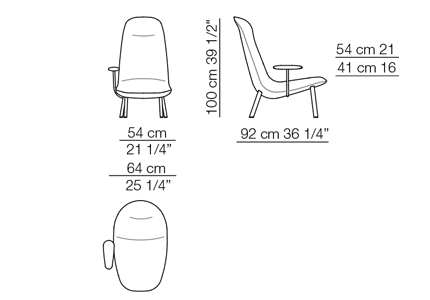 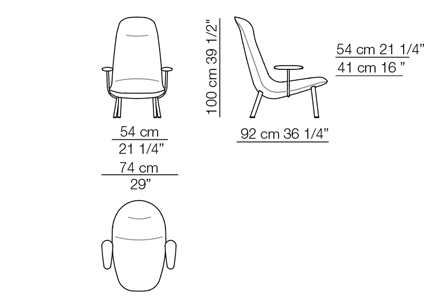 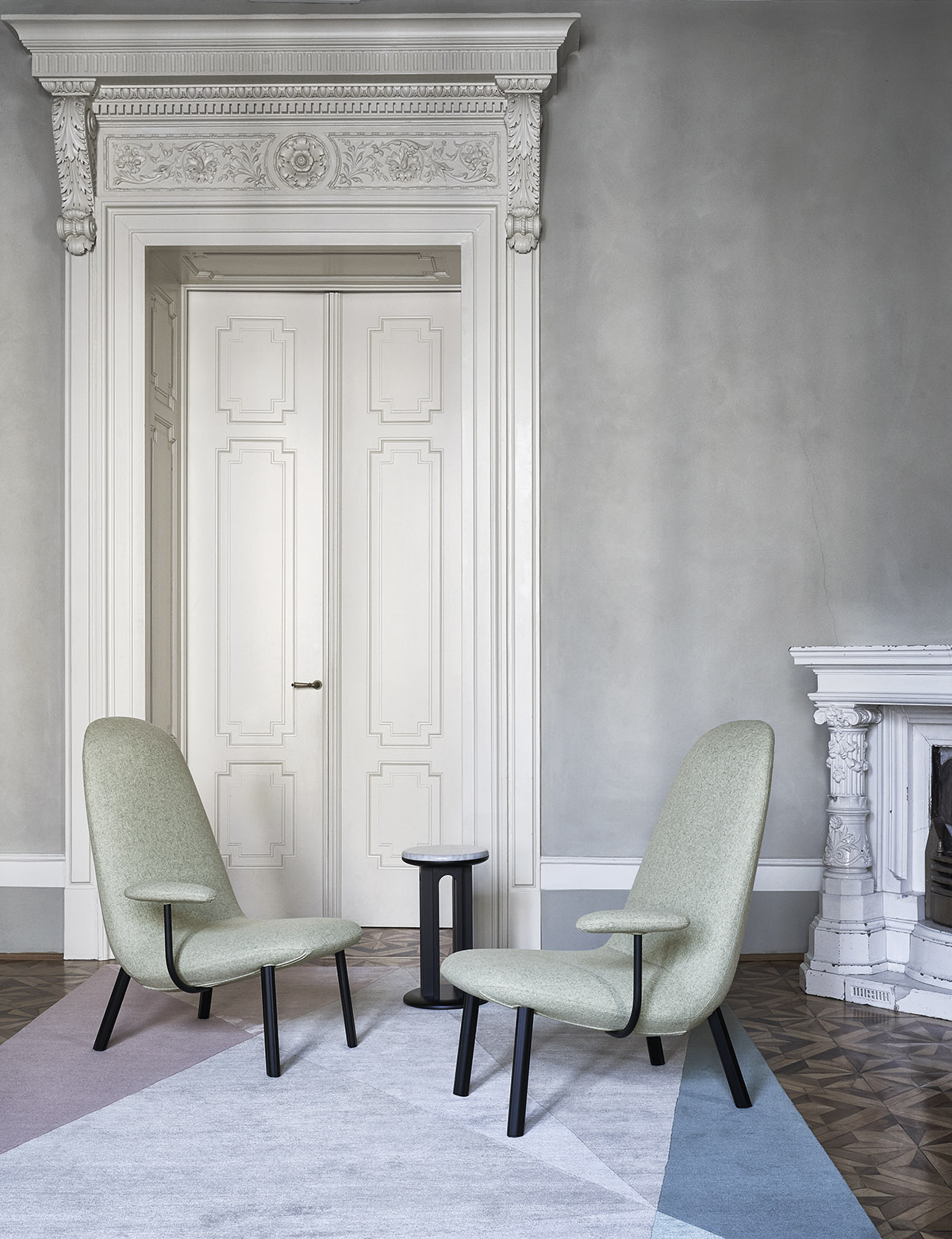 Small tables designed around the classical geometry of the arch, employing from the beginning the disciplined use of the arch to create something...

GO TO THE PRODUCT Add to favourites

The special form is inspired by a leaf falling from a tree, that becomes a symbol of comfort. It invites you to take a rest and relax.

GO TO THE PRODUCT Add to favourites 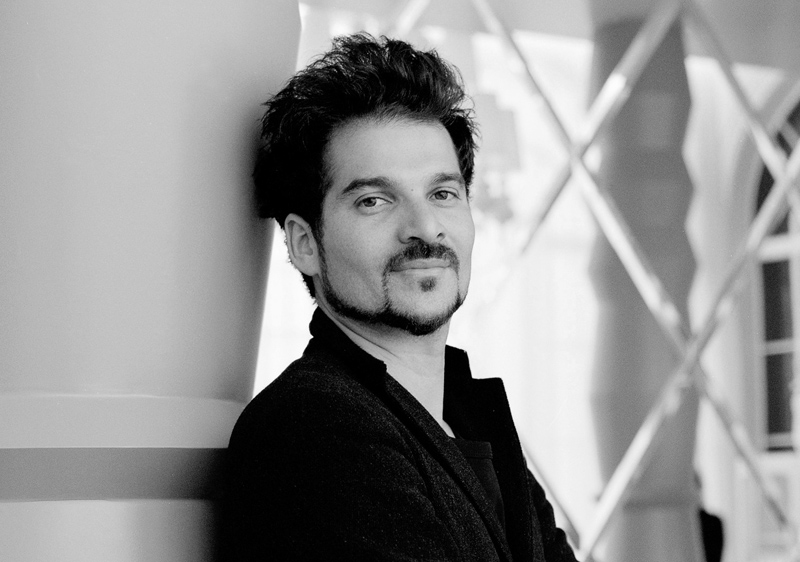 Spanish artist-designer, Jaime Hayon was born in Madrid in 1974. After studying industrial design in Madrid and Paris, he joined Fabrica – design and communication academy in Italy, Benetton’s foundation - in 1997, where he directed the design department until 2003. Hayon set up his own studio in 2000 and dedicated himself fully to his personal projects from 2003 onward; today he is one of the most acclaimed creators worldwide.
His singular vision was first fully exposed in ‘Mediterranean Digital Baroque’ at London’s David Gill Gallery, followed by many exhibitions and installations, set up in major galleries and museums all over the world, in places like: Vivid Gallery, Mark Vienna, Groninger Museum, Aram Gallery, London’s Design Museum, Mudac Museum, Gallery Thomas in Munich, Walker art center, Centre Pompidou, as well as the Basel Art Fair, to name a few, attracting the attention of prestigious art collectors worldwide. Today his works are in the permanent collections of some of these institutions.
Hayon’s esteem and knowledge of artisan skills and his inherent creativity have allowed him to push the boundaries of many mediums and functions, resulting in collections for very diverse clients. His concern for the conservation of craft skills has joined his path with high-end traditional companies, concerned with the evolution of their work. Examples of this are his collaborations with Baccarat, Choemon in Japan, Bosa Ceramiche and Lladro.
He has created furniture ranges for the iconic Danish company Fritz Hansen, Magis, Established and Sons, Bisazza, B.D. Barcelona, Se London, Bernhardt Design, Ceccotti and Moooi. Hayon designed various lighting fixtures collections for Metalarte and also in collaboration with Swarovski and Baccarat. He created accessories for Piper Heidsieck, Gaia and Gino and The Rug Company. He designed his first wristwatch for the collection of a new Swiss watch brand Orolog, which was launched in late 2013. These collections put Jaime at the forefront of a new wave of creators, that blurred the lines between art, decoration and design and a renaissance in finely-crafted, intricate objects, within the context of contemporary design culture. Adding to his acclaimed intramurals for Madrid’s La Terraza del Casino restaurant and Camper footwear stores, Jaime is currently working on interiors for leading hotels, restaurants and retail establishments around the world, that have become platforms to create special objects and functional and non functional elements.
Most recently, he has completed the Nirav Modi Flagship boutique in New Delhi, Octium – a jewellery shop in Kuwait, the Faberge Salon in Geneva, Switzerland and the Info Center for the Groninger Museum in the Netherlands. Hayon’s latest restaurant, Le Sergeant Recruteur in Paris, is a good example of elegance and artistic approach to the interior world. Jaime has launched his new ‘Mono-chrome’ Timepiece Collection for the Swiss watch brand Orolog, during the London Design Festival 2014. His work appeared in the most prestigious art and design publications worldwide. He won numerous awards, including ‘Best Installation’ by Icon Magazine, “100 Top list” and ‘Breakthrough Creator’ by Wallpaper Magazine, Elle Decor International Award 2006 and 2012, Elle Deco Germany as ‘Best International Designer’ 2008, ’Best Designer’ for Elle Decor Japan in 2008, AD Russia ‘Designer of the Year 2009, Maison Objet Designer of the Year 2010, among many others. In 2008, Jaime was guest of honour at Belgium’s Interieur Biennial, the youngest person ever to receive this accolade. Time magazine included Hayon as one of the 100 most relevant creators of these times and Wallpaper magazine listed him as one of the most influential creators too.
With offices in Italy, Spain and Japan, Hayon’s main interest is to continuously find challenges and new perspectives. 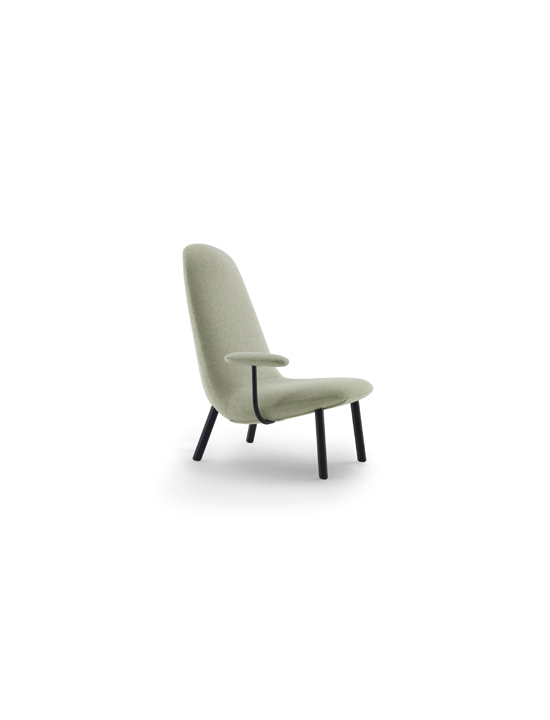